Before you start something with Edison, updating Edison image is highly recommended. The initial version image is buggy and embedded utilities have changed a lot. So I write this post just after the 1st step: serial communication. The word “update” is chosen in the title but precisely this post explains how to “flash an image” on Edison module. You can update to new image, re-flash current version, or flash your own yocto distribution in the same way.

Flashing image on Edison changes the contents of the storage. You may lose your data in Edison. Must backup all your important data before flashing new image.

Connect to Edison’s linux console. Serial or SSH both are ok but to see the whole flashing procedure, serial connection is recommended. After logon, type following command on the shell.

Here’s my result. 68 means my Edison’s image version. In your case, it could show other number. Actually I already update to 68 from initial one. 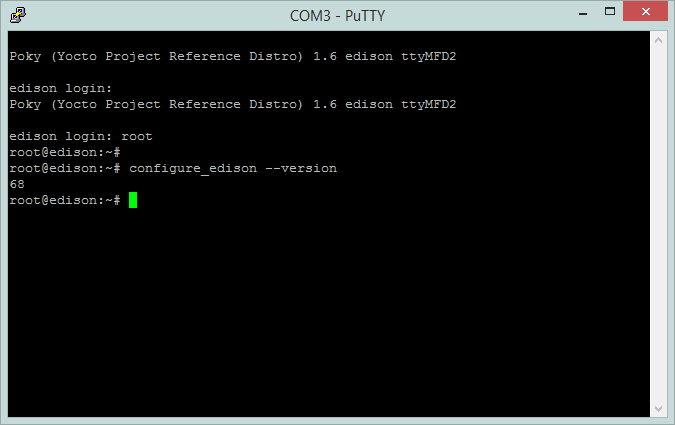 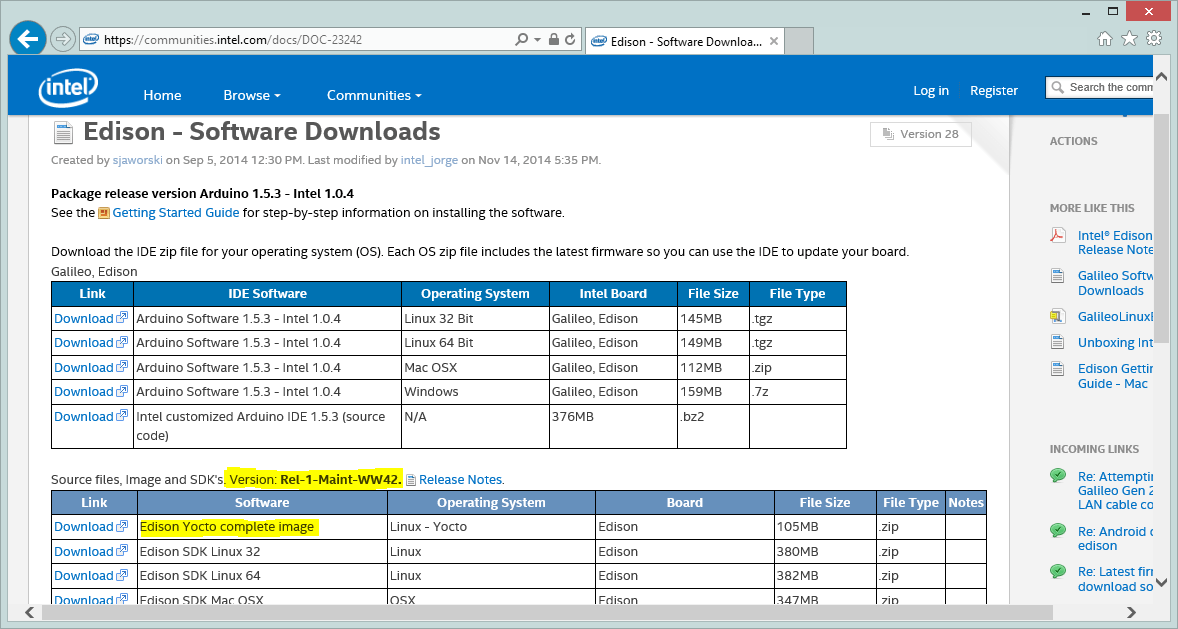 If Edison disk is shown in your computer, make sure that the disk is empty. Before copy new image’s files, remove the old files in Edison disk. Formatting it can be a good solusion. If decided to format it, choose FAT32 as the file system.

Extract the downloaded zip file into Edison disk. The total file size is more than 400 MB and Edison disk is quite slow, so it will takes several minute to complete.

Come back to Edison’s linux console using serial or SSH. Type following command on the shell.

Then Edison will be rebooted and flash the new image during the new boot sequence. 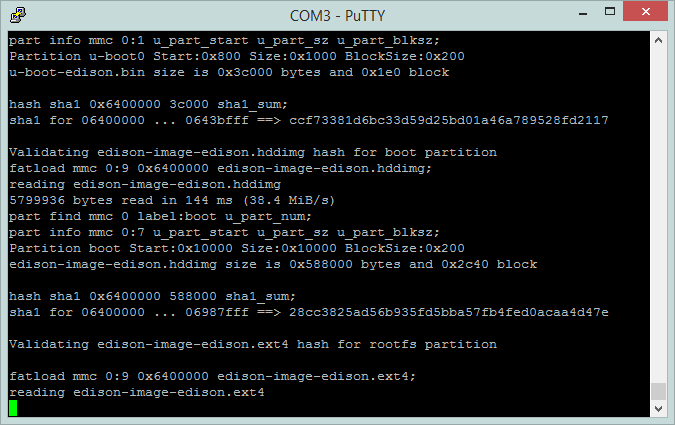 During the flashing, Edison can reboot several times.

If flashing is all done successfully, new linux logon prompt will be shown. Because the privious setting are all removed, you should logon with default account “root” with no password.

If you did update command using SSH over Wifi, you can not access SSH just after the update. Wifi connection information(wpa_supplicant) is also removed, so you need to setting it up again.

In case Edison’s linux is damaged so the linux shell is not reachable, you can try to command flashing in boot loader. Connect serial communication and reboot Edison. Using power button, turn it off and on again.

In a very early stage of booting, you can see “Hit any key to stop autoboot” message. Before the counter end, hit any key, then the boot loader’s prompt will be shown. 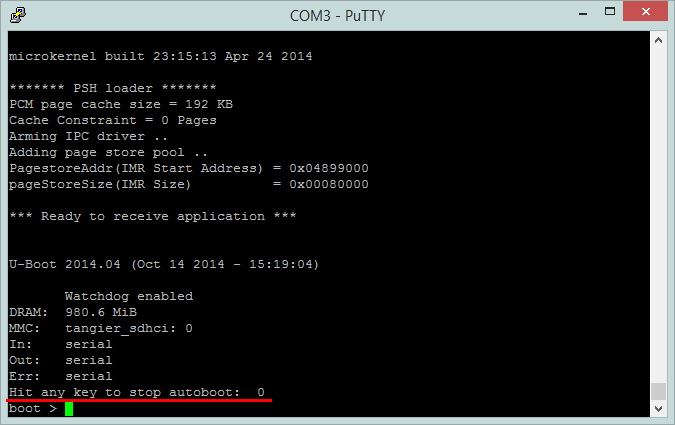 Type this command and hit enter. 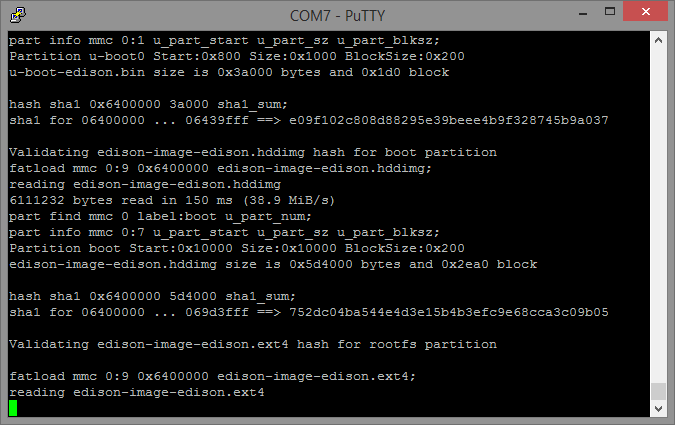 The same flashing procedures will be done. After the update, logon prompt will be shown.

After flashing new image, you must check the current version again and confirm that the version is changed to newer version or not.

*This command will not work on the initial OS.

Once you finished update, you can do real “OTA” update through the internet.

Check that edison is connected to the net and type this command in edison’s shell.